Please join me for a discussion of my U.S. Art Flag Series that celebrates diversity in the United States, especially in Queens, and captures the cultures of the many nations that were part of the UN General Assembly when it first opened.

Muriel Stockdale takes inspiration from the culturally diverse landscape of Brooklyn to expand her series E Pluribus, an ongoing project since 2003. These mixed-media works – made from such materials as wood, cork, beads, grasses, and fabric – take the design of the United States flag, reimagined through the traditional fabrics and symbols of the many communities that comprise this nation. By reclaiming this oftentimes fraught symbol of patriotism for all those who contribute to the cultural fabric of this country and expressing it through a historically feminine craft, Stockdale infuses it with a sense of belonging and inclusivity.

E Pluribus – Out of Many begins with some of her original flags, representing the cultures of just a few of the communities situated within our borough, and culminates in a deconstructed, abstract installation of stars over a field of blue suspended from the ceiling. The star mobiles installed from the ceiling were created by sculptor Jim Hunter. Walking along the hallway, one can look up into this emblematic landscape, gazing into the figurative realm of one of our country’s most staunchly debated motifs. As an immigrant herself, Stockdale aims to celebrate the mosaic of expression that can be found by looking around and acknowledging our neighbors and the histories that they embody.

I am very excited to announce an opportunity to view my E Pluribus flag series this summer in Boston. They will be installed at the Monroe C. Gutman Library Gallery at Harvard Graduate School of Education.

I hope you will join me at the reception, wine and a conversation entitled, “What does our US Motto, E Pluribus Unum mean to us today?”

Muriel will participate in the Chashama Annual Gala; the most outrageous party of the year. E Pluribus flags will be on display and you will have a rare opportunity to make your very own diversity USA flag to take home with you.

By supporting this event, you will join hundreds of leaders from corporate, cultural, and philanthropic sectors who share our belief that art can change the world. Proceeds from the Chashama Gala will:

Sixteen of Muriel Stockdale’s flags from her E Pluribus series celebrating diversity in the United States of America can currently be seen at the lobby of 315 Hudson Street, courtesy of Jack Resnick and Sons. 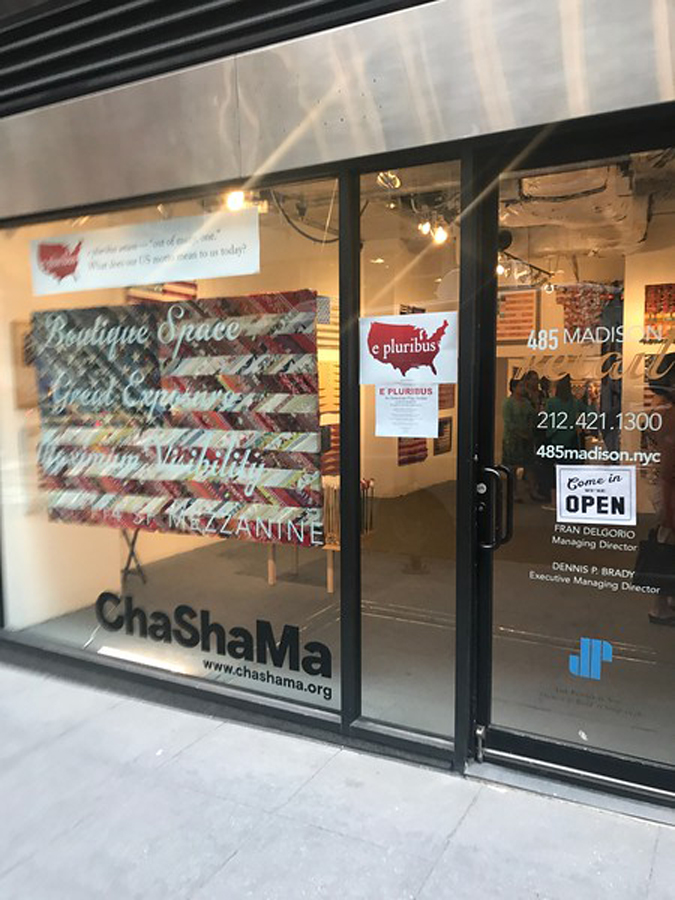 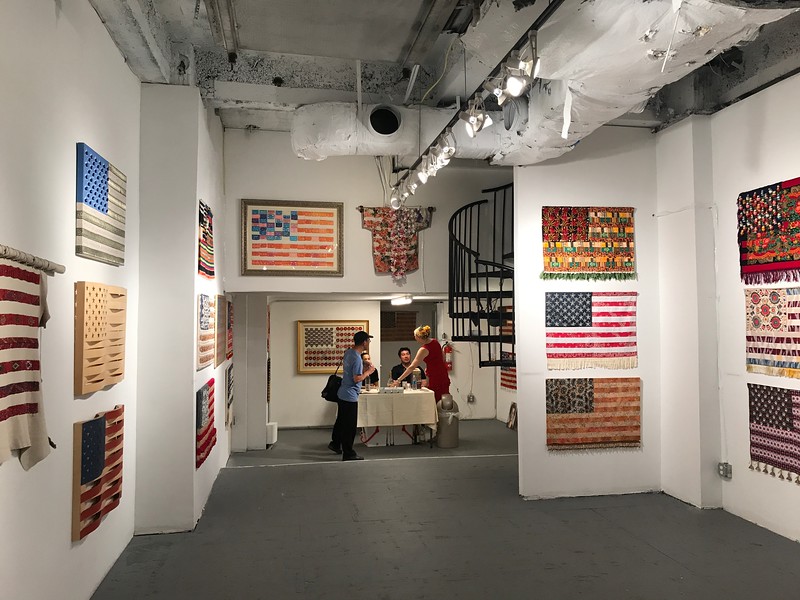 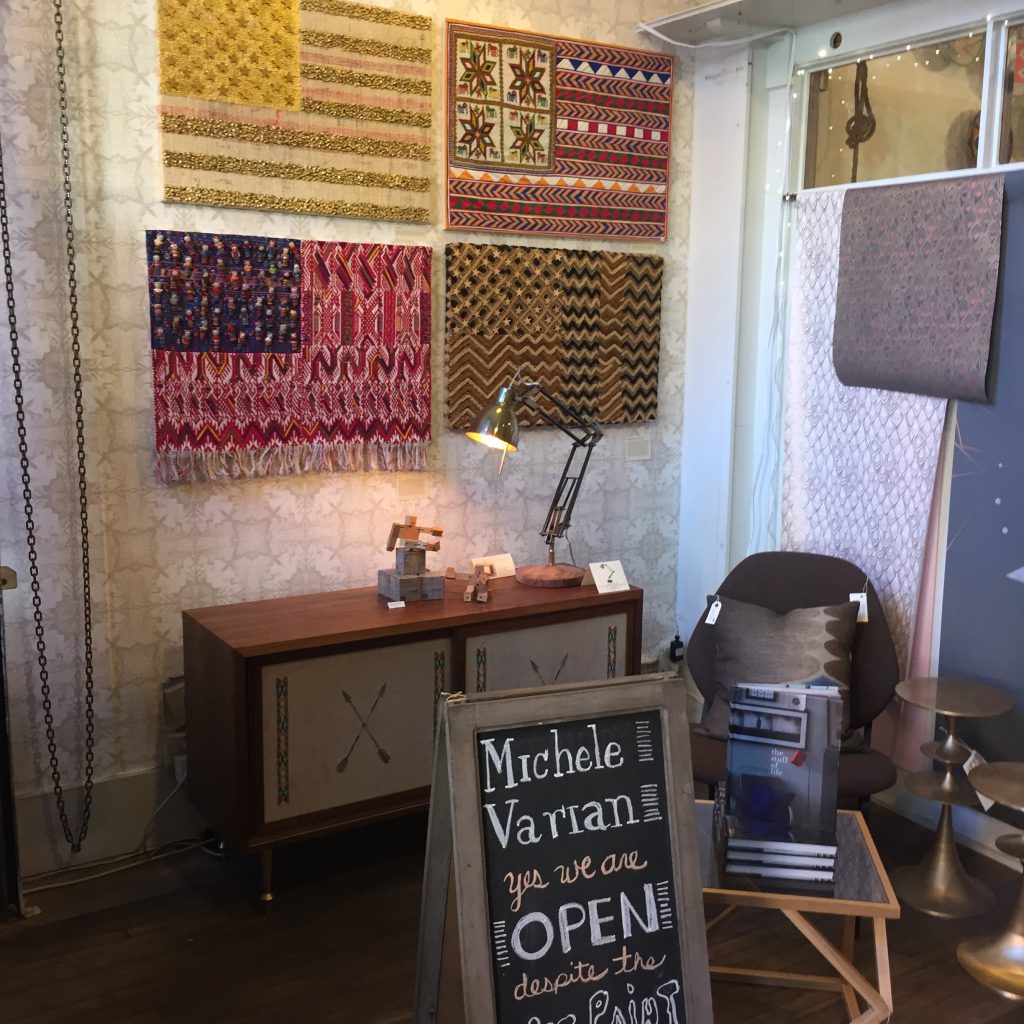 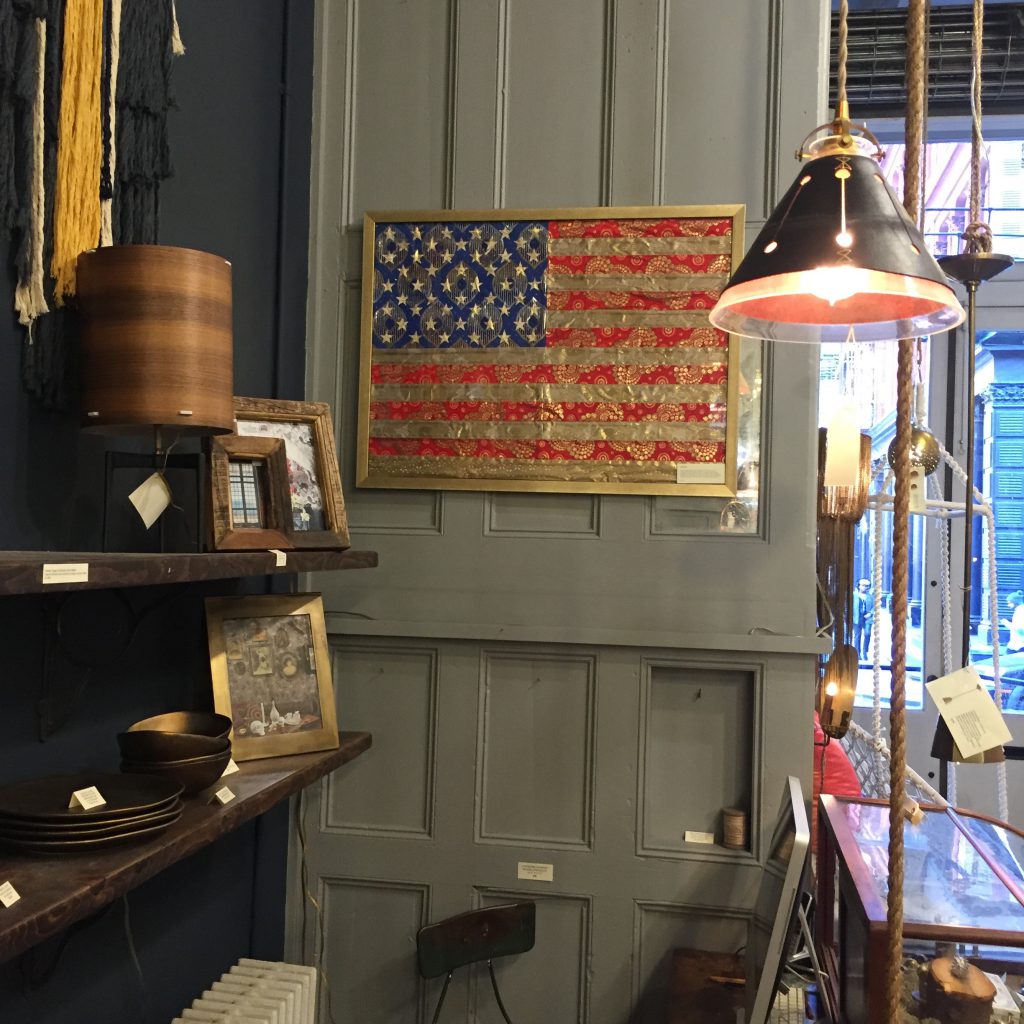 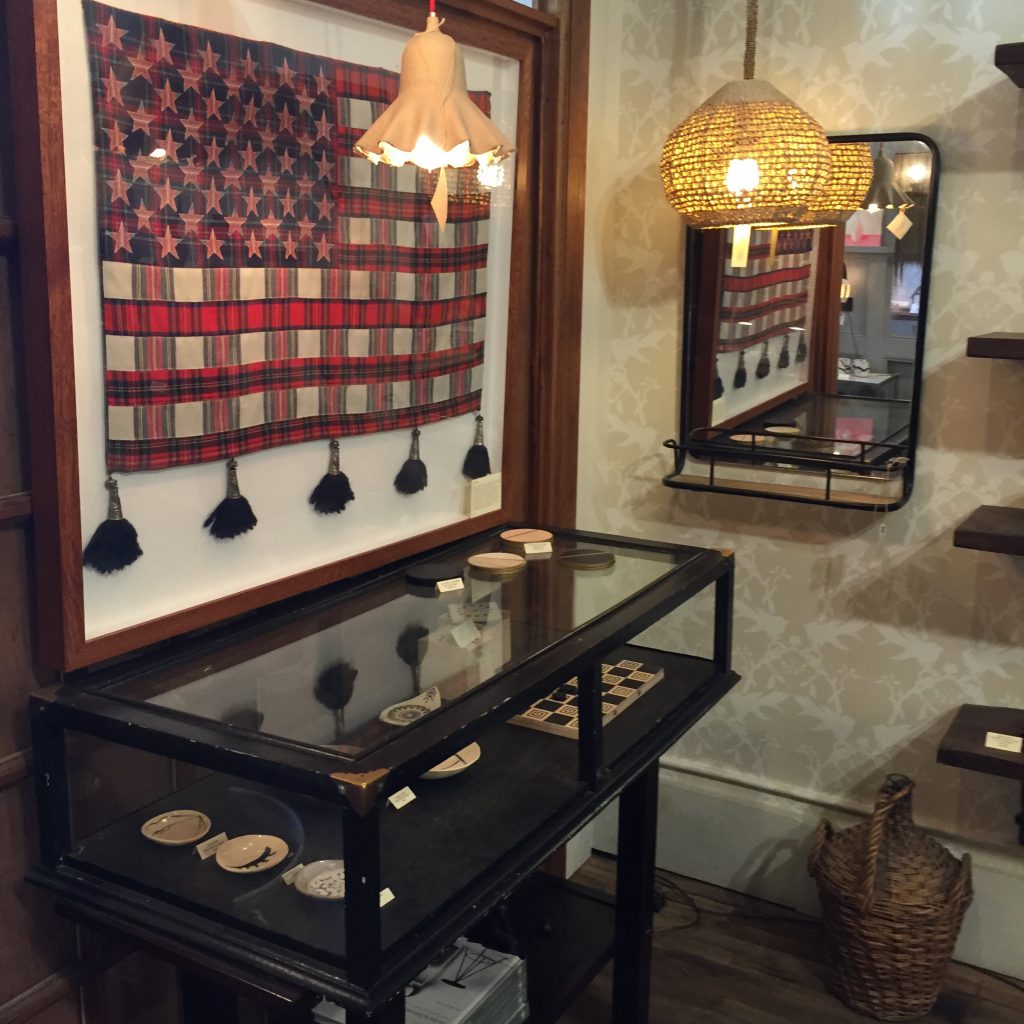 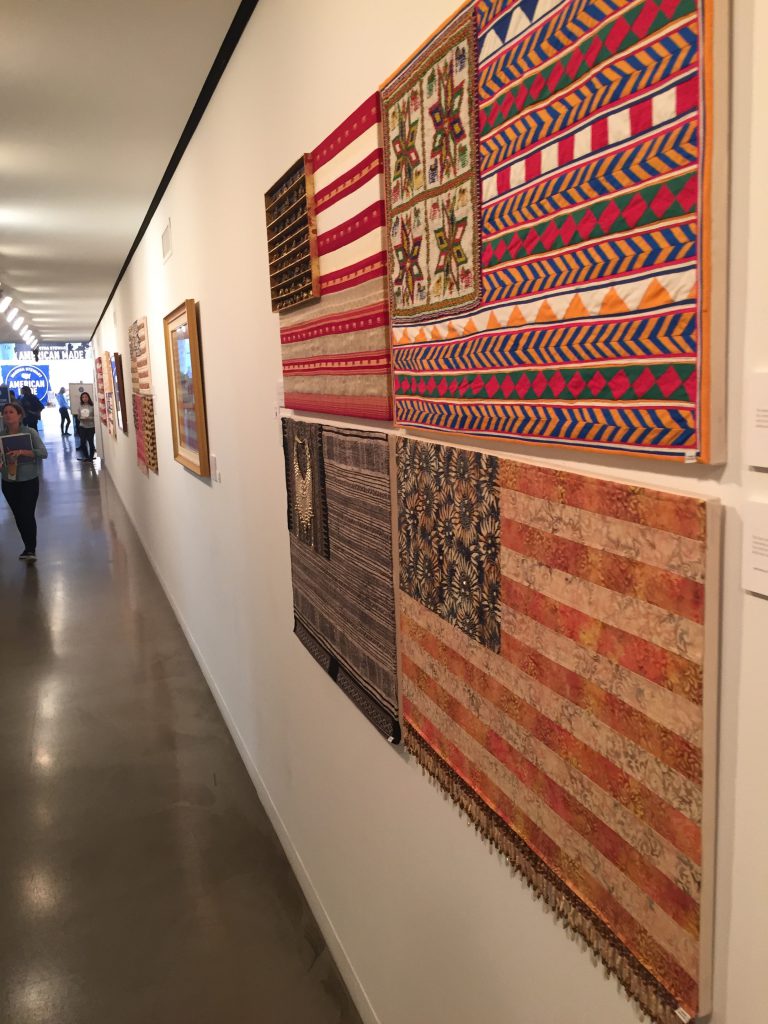 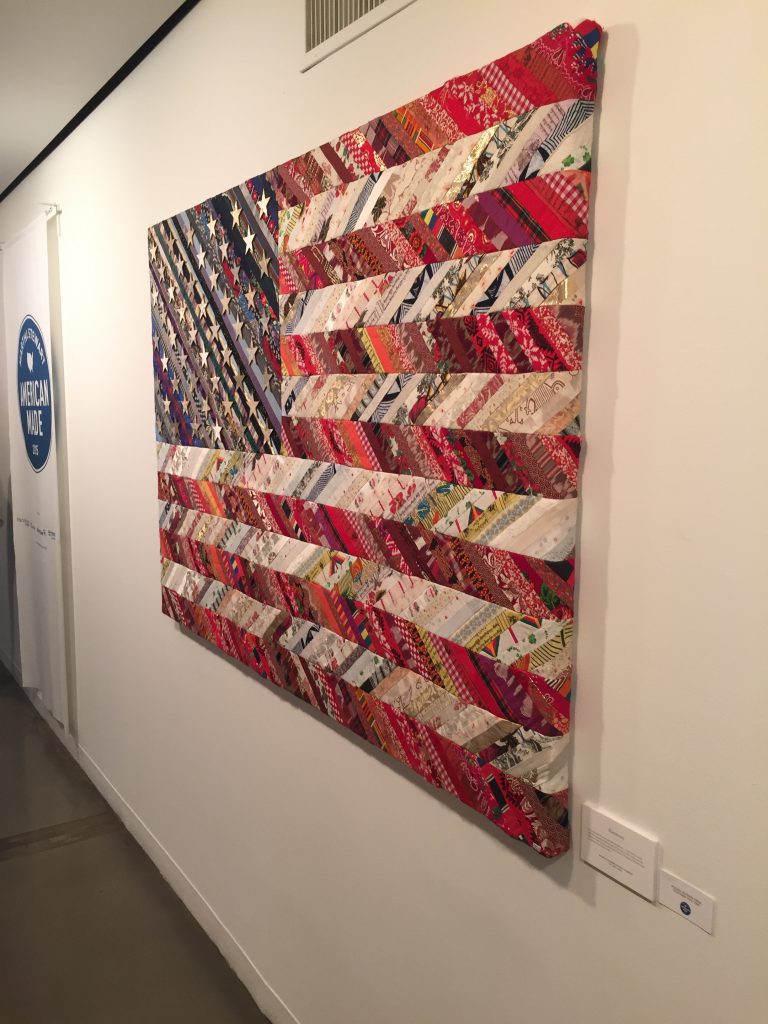 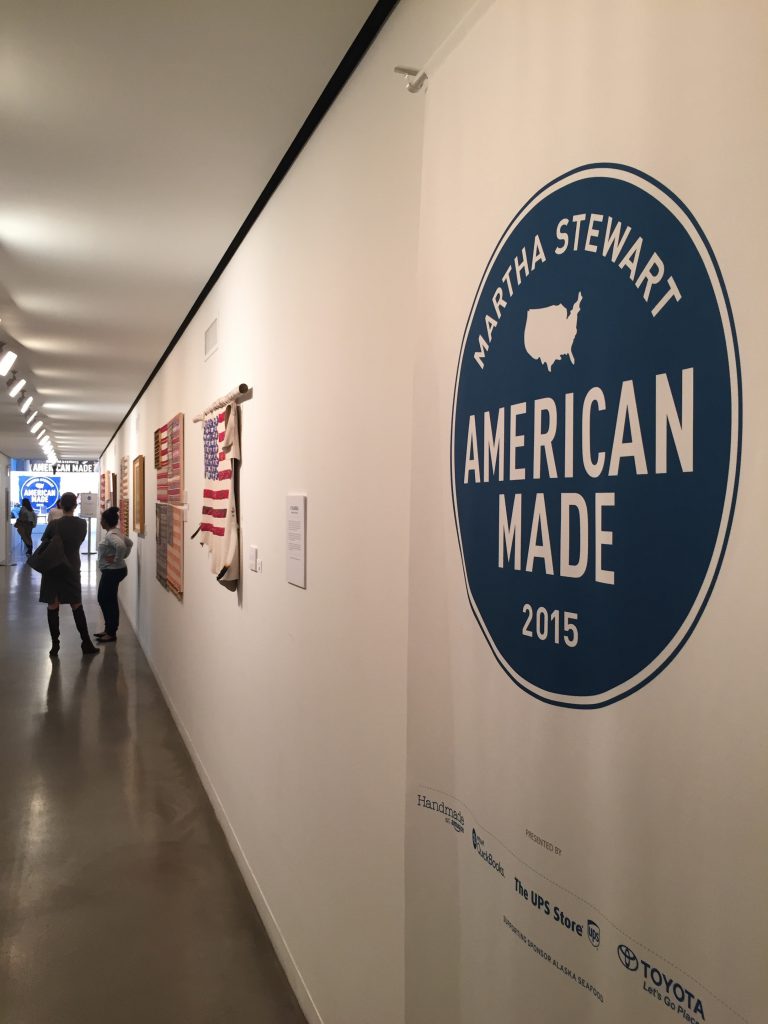