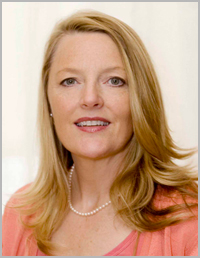 Muriel Stockdale was born and raised in England, she moved to the USA in 1967. Early on, she applied her artistic inclinations in the theater creating costumes and painting scenery but also as a stage manager. In the 1970’s, with friends, Muriel received a federal grant to bring theater to school children in rural Vermont. Over the last 40 years while maintaining a successful career in costume design she has directed several shows in NYC and in New England, performed onstage, crewed backstage, managed costume shops, and designed and painted scenery and even taught aspiring designers at NYU’s Tisch School of the Arts. She is a Reiki healer, a writer, media consultant and continues to explore her artistic visions in various media including fine art, film, theater and literature.

Muriel is now dedicated to creating uplifting entertainment which also celebrates diversity in cultural expression. She has produced and directed an experimental film, “New York City Spirit”, which explores how New Yorkers connect to their divine impulses. She also produced a documentary for York College explaining the naturalization process. She is continuing to produce her series of USA flags, E PLURIBUS, which are inspired by the diverse cultures coexisting in this great country.